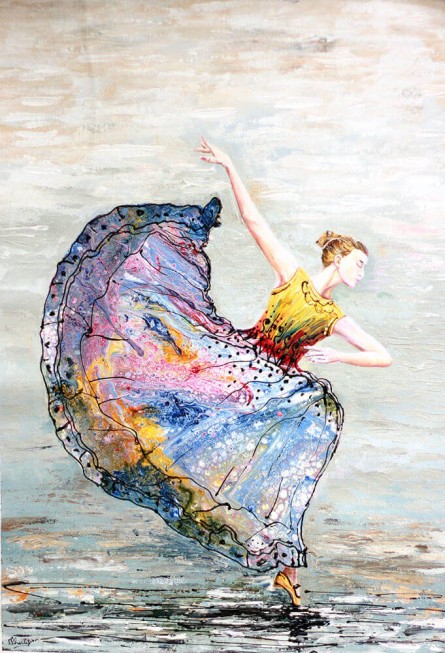 As we are all aware that humans have evolved through time. Similar is the case with objects, worldly things, technology. They have all evolved simultaneously. Everything we have at present and did in the past has come a long way to its current shape and form. The field of art has also witnessed modifications time and again. Contemporary art is all about emotions and freedom of imagination. It does not follow the boundaries and rules of any form.

We are all living in an age where, with pertinence to art, form-less or abstract is a new rage. Now a day, artists demand the liberty that in some shape or form helps them to evolve as creators of masterpieces. But was it the same even in the eighteenth or the nineteenth century? Or were the artists torn between becoming an impressionist or an expressionist?

Impressionism and Expressionism both are two different forms of art movement which were evolved from the basic human right, i.e. freedom of expression. Both are considered to be a kind of spontaneous method of painting. They are characterised by distortion and exaggeration in order to create an emotional effect. Moreover, both reflect the modern peoples’ love for individually expressing how things feel rather than how they actually look.

Impressionists are explicit to feel the viewer rather than to understand, explore or examine because their art-works are always remindful or we can say that paintings are just too serving to bring to mind. It focuses on the real beauty instead of mere imagination.They always impersonate an atmosphere of spontaneity. The style of painting defined creativity and subjectivity at par. Some of the Impressionists painters use thick layer paints which is called impasto. Some painters use paint directly from the tube with the help of a palette knife for palpable texture and presence. Some of them  use an expanded color palette; rather than employing the somber shades of history paintings, they used colors to render highlights and shadows, seeking to reflect the rich chromatic nuances of the real world. 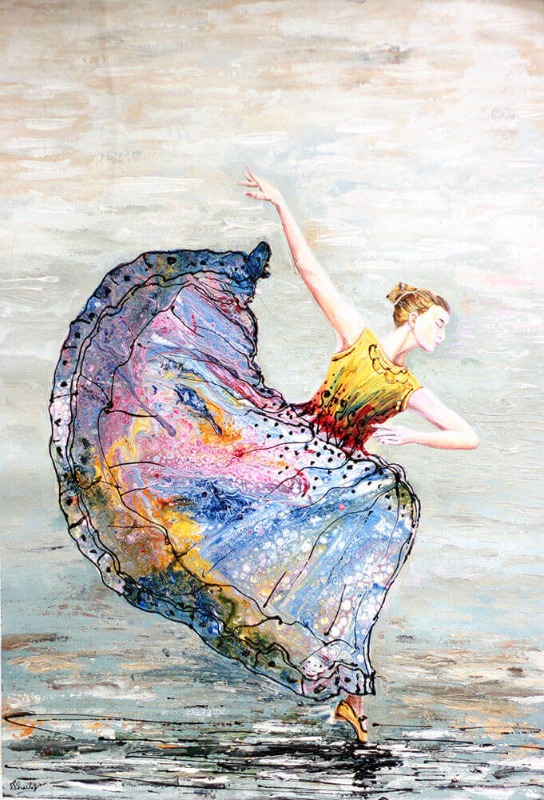 As we know, impressionists revolve around creativity and subjectivity. They tend to be experimental. For example-They experimented with synthetic pigments, especially vibrant new shades of yellow, blue, purple, and green for landscapes and scenes of everyday life.Just because to create objectively realistic representations. The Impressionists sought to capture changing effects of light, weather, and atmosphere, employing their loose, gestural brushwork to convey the dynamism of their new environment.

Expressionism: It was evolved in central Europe during industrialisation. Intellectuals sought to highlight the process of dehumanization of living spaces, with the world turning into a chaotic, frantic, unnatural environment. In this expressionistic art form, artists depict their emotional state in their artwork or we can say that they depict their art more subjectively. They did not want to associate only one type of feeling to their creation and instead wanted to open doors for multiple perspectives and interpretations. The main ideology for this kind of art had always been to evoke various ideas, thoughts, and opinions through a single work of art using their vast imagination and creativity.

These canvas paintings could be full of an array of colours or could be completely devoid of vibrance and colours. The use of monochromatic and dichromatic technique would create an unusual intense effect. This rebellion gave the artists great liberty and provided them with proximity to their creative craft. Everything they put on a canvas was accepted and valued.

As we have traced the journey of art, we can see that artists have had to revolt time and again for their creative liberty. Even then, there was always a conflict between what the society wanted and what artists wanted out of their art! However, if someone is willing to set the foot in this vast world of creation and imagination, you ought to be aware of what your predecessors have gone through so as to acknowledge and get the kind of artistic freedom you have today.

Thus, having a good grasp of the history of art, art forms, artistic creativity and expression are beneficial for you if you see yourself pursuing a career in this field as it will help you to bring the best artist out of you. Moreover, the artwork moves around the glimpse of spiritual perception and creativity that creates an incredible texture, shadows, and even a sense of movement.